Was It Just Me?

You’ve read this blog.  And no I’m not high when I write my posts (yes, been asked this – you know who you are).  I’m just 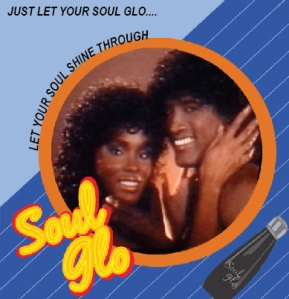 unconventional perhaps.  I must be because all that’s ‘conventional’ is plain dead uncomfortable around me (yes, been shown this – you know who you are).

As a child I assumed my experiences growing up were ‘normal’.  But judging by the outside world’s reaction to the adult finished product, I’m starting to suspect not.

Was it just me … who was forced to wear a traditional bright gold embroidered imperial style padded Chinese jacket for her grade 4 primary school photo, looking like some kind of under-aged warlord midget pimp amongst a bunch of Aussie kids in shorts and t-shirts?

Was it just me … who had a scheduled ear cleaning session with my father every month where he shone the blinding light from a lamp into my ear like the ear was being interrogated?  And then with an actual ear cleaning stick (they exist – purchased from the Asian grocers, thin with a mini scoop at the end), attempt to dislodge and remove stubborn bits of ear wax which usually turned out to be actual parts of my inner ear?

Was it just me … who was told by her mother that I shot out of her one day while she was on the toilet and looked down to see something random floating in the bowl with a pair of eyes?  Clearly the stalk in the sky explanation couldn’t convey my value as an addition to the family as much as this particular version of events.

Was it just me … who was forced to fast for 24 hours before we went to an all you can eat buffet restaurant in order to ‘build up the hunger’ and therefore get our money’s worth?

Was it just me … who was then restricted from picking non-protein items and potatoes from the all you can eat buffet because they wasted stomach space reserved for the ‘expensiveful’ offerings – ‘Why eat 3 bowl chips, eat 18kg prawn, we pay saaame pliiicce’.

Was it just me … who asked my mother for a perm to revamp my generic poker straight oriental hair?  Only to be taken to the ‘local hairdresser’ of my aunty’s garage to be given a perm on purely just my fringe? (my ‘bangs’ for the North American crew). I wanted to go from chinky to kinky.  I stayed chinky except now I had a new mini afro sprouting from my forehead.  Where’s that can of Soul Glo when you really need it?

Was it just me who … was told by her father that 3 fried eggs piled on top of one another was called ‘quiche’, toast spread with ketchup was called ‘pizza’, and boiled lettuce with soya sauce was called ‘salad’.   Assimilation is his middle name.   Asian ‘fusion’ cuisine is his game.

But chill – perhaps it’s possible that despite it all (and oh there’s so much more … so so much more), it can be argued that I have ended up stable, demure and respectable.  Always composed.  Always refined.  Never out of control.  Never caught off guard.  ‘Only god can judge me’ – Tupac Shakur.